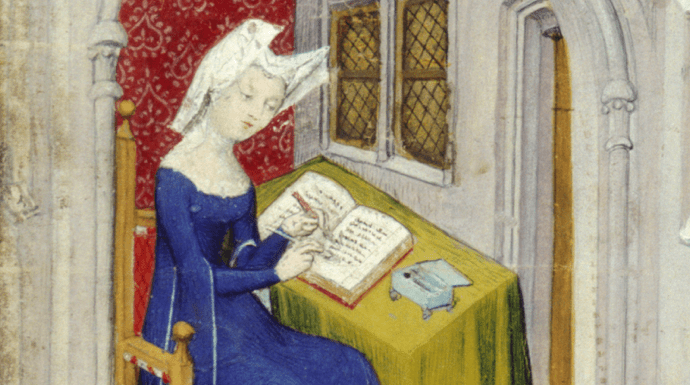 A medieval ‘course’ in writing an appeal

There is virtually nothing new in fundraising. It’s one of the reasons I spend so much time in archives, hunting around for historical examples of how people used to raise money for charity. I learn a huge amount that I can implement – with a few twists – in today’s fundraising environment. I’ve even compiled an online archive of hundreds of old charity newspaper and magazine ads going back hundreds of years that illustrates the fact that best practice rarely changes.

But I was fascinated to discover that way back in the Middle Ages, the Cistercian monks in Austria actually taught fundraising as part of a formal course.

This was around about 1350, when Edward III was on the throne. At that time, European monasteries were education centres where students were sent to be trained to become administrators for kings and nobles.

Though pretty powerful, local rulers were often short of cash, so part of the instruction was how to coax voluntary donations from the richer members of the populous.

A handbook was produced which is partially reproduced in Fundraising Techniques and Case Histories, a fundraising book from the 1960s written by E. Hereward Phillips (not a relation that I’m aware of).

A plan for an appeal letter was included that presented the ideal structure for inclusion in a medieval direct mail pack. It detailed the five key elements of a letter. Translated from Latin, it sounds a bit Harry Potteresque, but it’s still a pretty good starting point for a fundraiser today.

Salutation. Give greetings and praise. Make tactful recognition of the reader’s rank and virtues.

Exordium. An introduction where you lead in to the subject of the letter.

Narration. Where you set the stage with a description of the problem you are attempting to resolve.

Petition. Now you detail what you want the reader to do, described as the ‘supplication’.

Conclusion. Bring the letter to a graceful end with a form of ‘perotation’ to describe the impact of the gift in a way that will inspire passion and enthusiasm.

I’d probably shift my supplication further up the page, but as you’ll see in the example at the end of the post, fundraising letters were not that long back in the 1350s. Apart from that, I think it answers most of the donor needs we recognise today.

But the monks didn’t stop there. They identified some of the reasons why people give to charity too, which shows that little has changed over the last 700 years. They included the following…

They also produced a few specimen appeal letters written by a ‘fictional’ student in Paris to his rich uncle, a venerable archdeacon. Each letter shows how different approaches are required to reflect the position and needs of the potential donor. This one was used to illustrate ‘It is the obligation of the wealthy to give’ and might offer a hint or two for mid-level fundraisers.

“Most upright in life and upright in all dealings, salutations to my most honourable master with my deepest respects.

Oh fortunate businessman! Oh noble merchant! Oh much admired financier! The Kingdom of Heaven could be compared to your estate, for it could be so easily transformed into eternal wealth.

Truly there is nothing more miserable than the miserable poverty of the scholars. Among these I am to be most pitied, for I am overwhelmed by my labours, broken by misery, and sapped by the gnawing of harassing debts.

I therefore beg and beseach your laudable interest in such a worthy cause. I pray and implore you, let me, your loyal clerk in squalid misery, enjoy some benefit of your treasure, which neither thieves steal nor moths corrupt.”

It needs a boost of human interest in the form of a description of the labours the writer faces and more detail on what practices a 14th Century debt collector might employ. But I like the recognition of the reader’s status and their power to make a real change in the life of the writer.

I’d also suggest it might be a little short. But with the cost of velum being what it was, you can understand why the writer kept it to the point.

Update on subscriptions. Something went wrong with my email system and many subscribers were not getting updates. If you’d like to see those you missed, just click here and it will take you to my home page where you can catch up with recent musings.